Sublime Text wins the Net Awards 2014 — App of the year

For those who don’t know, Sublime Text was shortlisted for App of the Year net awards, 2014. And it won!

I’m so proud to have been able to represent Sublime and receive the award for Jon and team.

Awesome.
Kudos to Jon and all the team whoever they are 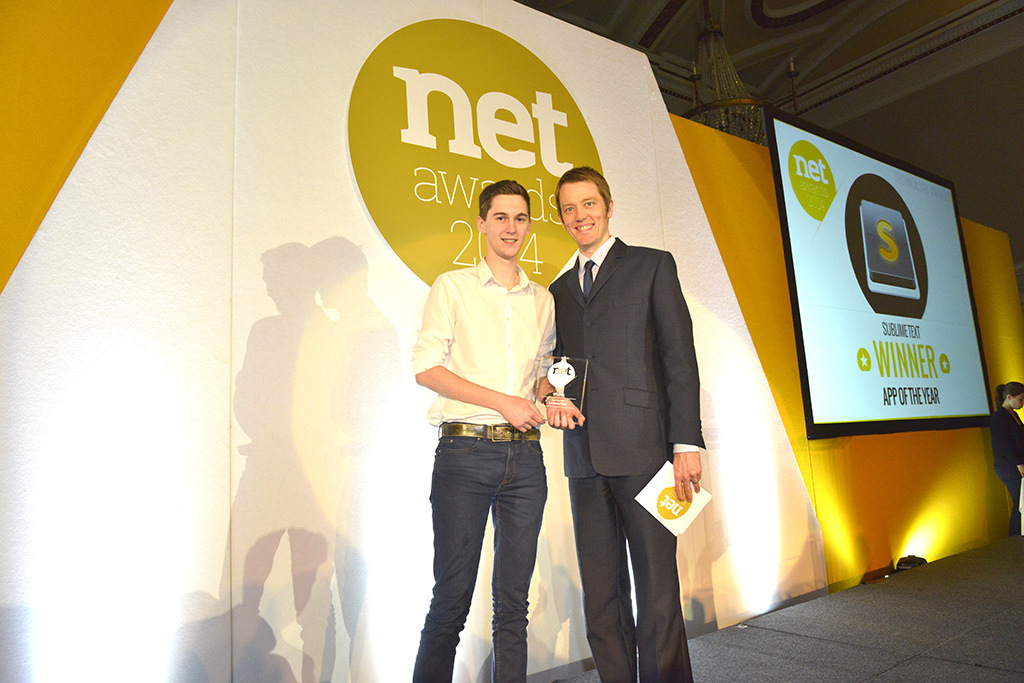 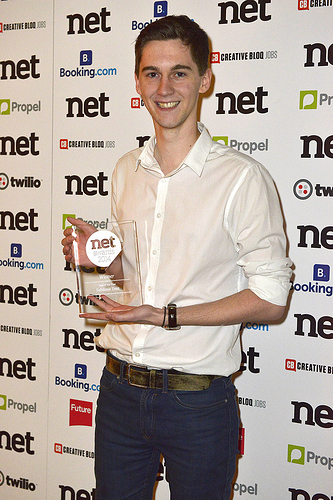 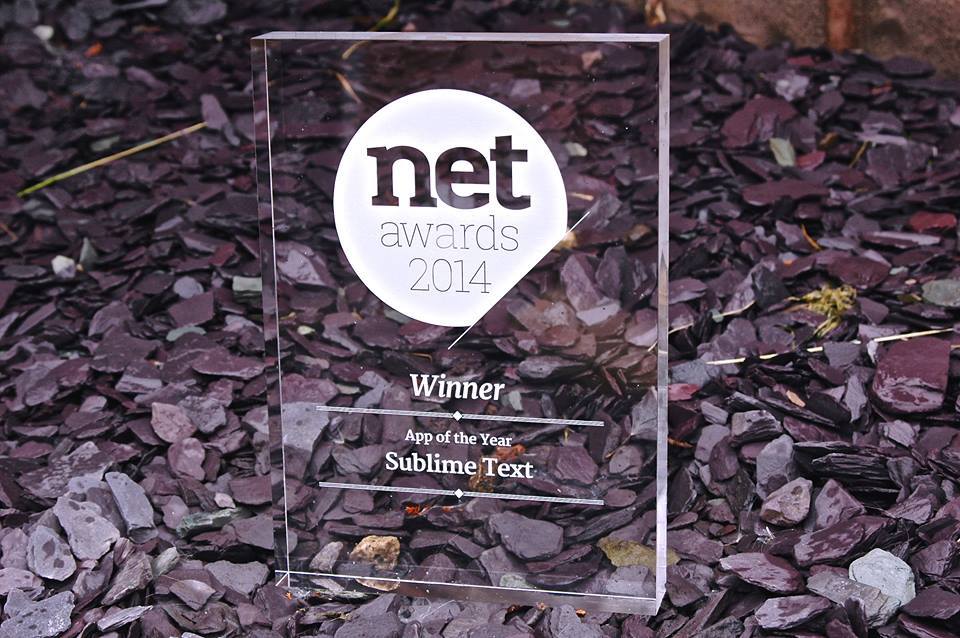 Congrats Jon! This is an amazing product!

Firstly, Alun (the presenter) has a wife. Secondly, me, I’ve been with a girl for 5 years. And thirdly, although nowhere near less important, is that even if either of us were gay, it changes nothing. It means nothing.

If the first thing that goes through your mind is “LOL gay.” then you need to re-evaluate your life. There is absolutely nothing wrong with being homosexual.

Congrats Jon. Really deserved. I hope this will get motivation up (and not arrogance

),
and that it will help to get you some extra help (and finance) for the project.
So that development-process can be speeded up and professionalized.

Congratulations. Hope this will be a great stimulus for you and your team!

I don’t get it, who’s in the pics? Jon or Jbrooksuk?

I don’t get it, who’s in the pics? Jon or Jbrooksuk?

Jon wasn’t able to make it.

That doesn’t make it any less deserving.

Someone needs to focus on getting all the v3 bugs (and all the thousands of unanswered forum posts) weeded out before focusing on awards. What a laugh.

So, what’s the problem again?

A little contact from him on the status of his product would be nice.

You can find the status of the product here

There is anyone that really things that Jon will see all this trolls and will say: „Oh, no, sbauer is not happy with status! Quickly, i’ll compile a new version and reply to him!”

Someone needs to focus on getting all the v3 bugs (and all the thousands of unanswered forum posts) weeded out before focusing on awards. What a laugh.

So, what’s the problem again?

But the above two points above is the problem. Are you dense?

This is a dead product. One with an award.[/quote]

Out of thousands registered members in the forum, just few dozens (all with 1 to 10 posts max) are complaining about lack of stability or blocking bugs no one seems to be able to reproduce or points to sublime itself… I really wonder who is dense on here…

Are you jealous in some way about sublime? Were you in race against sublime for that award? What exactly have you to complain about something totally unreleated with the development?

It seems you, and all the other few-poster-troll-alike people on this thread just have one single thing to say: “it’s a dead project”.
Aren’t you happy about how Jps is running this project? then move to Atom, Brackets or, even better, make your own editor and show us how a project should be run…