In a perfect world, there will be three sublime elements, Sublime Text, Sublime Merge and finally Sublime Term, a mighty, fast and extensible terminal emulator!

There is alacritty if you want a fast (but as of this writing not packed with features) terminal emulator.

Most of the reasons I can imagine for a Sublime-specific terminal revolve around window management - you don’t want to interrupt your flow by moving outside the consistent tabbed navigation within Sublime.

I have returned to Terminus after a long absence, but I got a lot of value out of running Sublime / Merge / Alacritty as a tabbed group within Fluxbox- and I still use it to group Sublime / Merge, and related docs etc.

Windows users have a lot less flexibility of course, without other utilities.

I’m a Windows user. In my case I use Windows Terminal, Sublime Merge and Sublime Text.

Me too at work - Windows 10 has some basic shortcuts for windows and multimonitor management now, but it’s disappointing to see how these things lag so far behind even ancient Linux WMs

This appeared at one point, before being snatched away: 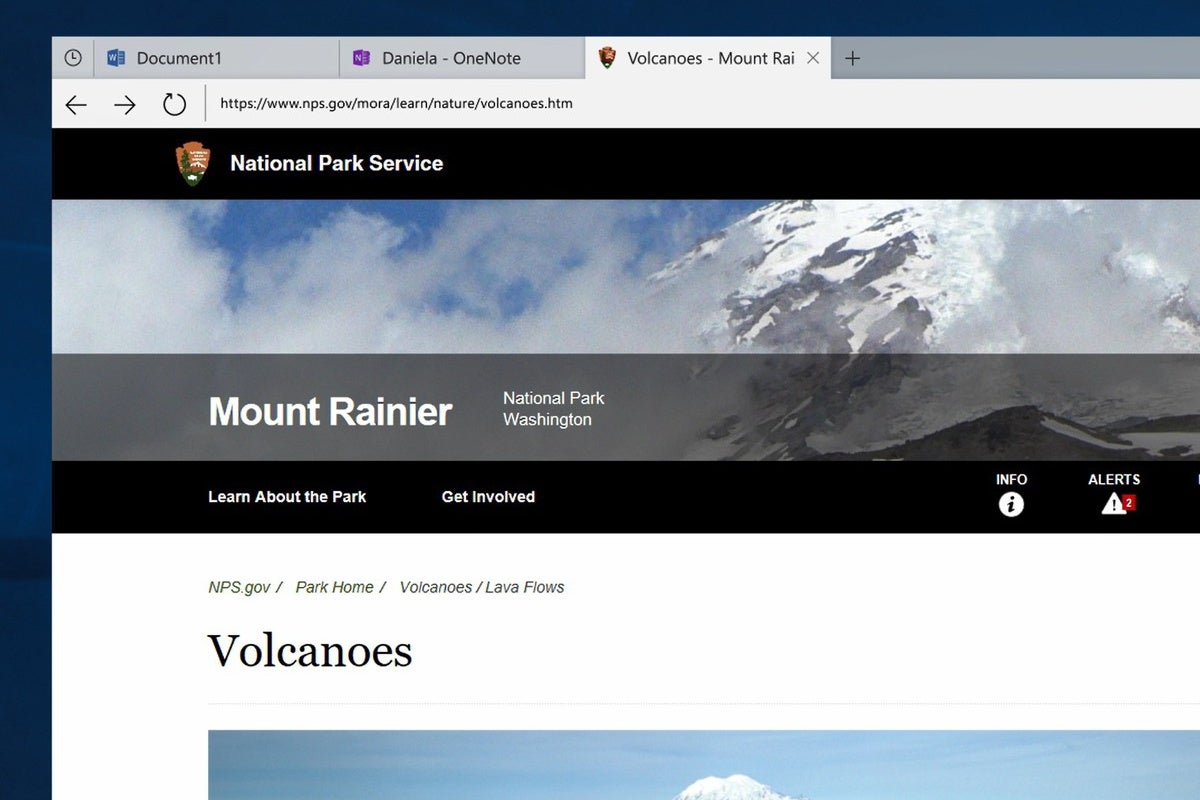 A Microsoft project manager has said that Microsoft has given up on its tabbed interface for Windows 10, also known as Sets.

And I like the look of this, but software is quite tightly locked down at the customers site even if I pay for it myself.

Groupy enables you to drag and drop application windows together to group them together under a common tabbed interface.

Funny thing about your post, is that I actually use Groupy with ST, WT and SM. 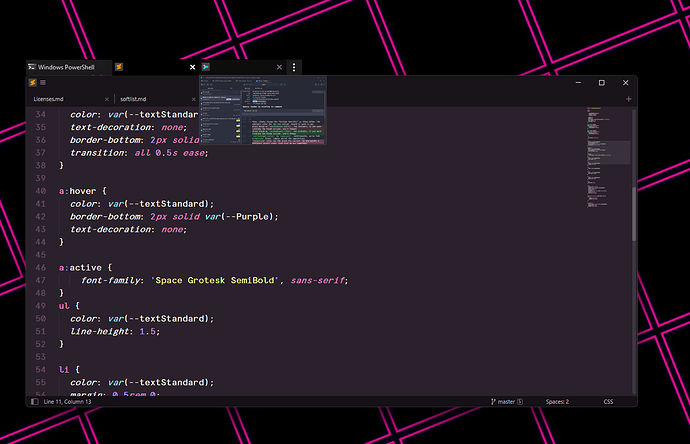 And I like the look of this, but software is quite tightly locked down at the customers site even if I pay for it myself.

They have a corporate version in case you are interested.

Aha, you’re ahead of me

- I’m interested, but they never will be unfortunately - 3rd party software is basically out, although I managed to sneak ST4 / Merge in before it became draconian.

Isn’t Terminus sexy enough for you ?

I do like it. But I’m hoping that some day we have the full set of Sublime apps with similar experience and speed across essential developer tools.

I’d love to see a Sublime file manager more than a terminal. There’s fman which gets somewhat close, but lacks a lot of functionality and customizability.

No need to wait and hope, Mr mrmsdbdl

Learn Python and give WBond and Odat a hand with these pesky plugins . . .

I would like to vote for an ST integrated terminal. I’ve been using SendText relying on MacOS split view feature. I would prefer to do it natively in ST. The majority of developer workflows rely on using the IDE & terminal side by side. This has been the case forever for RDBMS IDE’s where the app itself splits the screen into an output panel and a SQL editor panel. Why can’t working with Linux terminal be thought of the same way.

There are videos and blogs posts that explain how to integrate it in some form or another. But, out-of-box experience is essential from a product management perspective.

You can use terminus for that. @OdatNurd even has video about it on youtube. Check it out!

Wow, Terminus is awesome! Completely met my needs.
2 years ago I turned to VSCode because the lacking of such a convenient terminal extension, yesterday I came back because I found this

IMO it is somewhat dangerous to run a terminal inside another app (like Sublime, VSCode or even Emacs), since if the parent app crashes or you inadvertently close it you will likely lose stuff or even end up with a corrupted file(s). A nice way to sort this problem is by using a screen multiplexer (tmux, GNU Screen or even Byobu), but if you have to resort to that then something in your workflow is not quite well, me thinks.

On macOS I use iTerm2 which I have bound to Cmd + Backtick, so it’s trivial to pop in and out the terminal to try stuff, open files to edit using an alias for Sublime — and so on.

In KDE, Yakuake (arguably the most feature-complete terminal emulator in my totally biased opinion) provides the same functionality, with even the ability to split panes both horizontally and vertically.

For Gtk-based distros, I understand Guake provides the same kind of functionality, and there is also Terminator which allows you to split terminal panes in any way you want too, but doesn’t allow to hide/unhide the terminal window with a shortcut like the other terminals.

Anyway, be sure to read Terminus documentation since there seems to be a memory leak that the author can’t fix until Sublime’s API is extended with the needed functionality.

Probably work noting that it was mentioned recently in the Discord that a feature is coming soon that Terminus can use to resolve this issue, so it will soon no longer be a concern.

A +1 for Terminus which is of course excellent

Aside from the soon-to-be-fixed memory leak (which “Terminus: Reset” once in a while mitigates) the only thing on my wishlist for this is an ST4 windowing constraint I think;

i’d like to be able to split a single tab into panes, that is rather than a layout that has 1+ tabs per split, I’d like a single tab with 1+ splits in it. As far as I can tell, the built-in layouts don’t allow this, and neither does Origami.

Most iDEs / editors don’t allow it out of the box either, tbf.

The best implementation of this model I’ve ever seen was in an old Windows utility called Wayfarer, which allowed any window to be split into tabs or panes, and for that process to be nested indefinitely.

Here’s a seizure-inducing screenshot that fails to demonstrate this:
http://www.geocities.ws/cryptic_crab/windows31/shells/wayfarer.html

Something really sweet about these old sites.

I use iTerms2 very similarly, but I still think it’d be very nice to have a Sublime Terminal!

As many people said, it’s really not necessary, and the tools we have work just fine, but we never know, maybe if Sublime team put their minds on it, they can deliver something spectacular that we all fall in love with, and didn’t know that we need!

Somewhat tangential, but I found Casey Muratori’s multi-part rant against the poor performance of Windows’ built-in terminal enlightening - something of an extreme case:

that’s not only specific to windows terminal, he hates all modern software, cuz they are so slow compared to how fast software used be in the past on low spec machines.