Where is the smudge / clean filter support?

I’m loving all of the improvements in Sublime Merge 2–thanks for packing so many helpful features in this upgrade.

The only issue I’ve found so far concerns this entry in the changelog, which doesn’t seem to be accurate:

As an example, here’s what I’m seeing in SM2 with clean and smudge configured to stage a hex-encoded JSON config file (ugh) as formatted JSON: 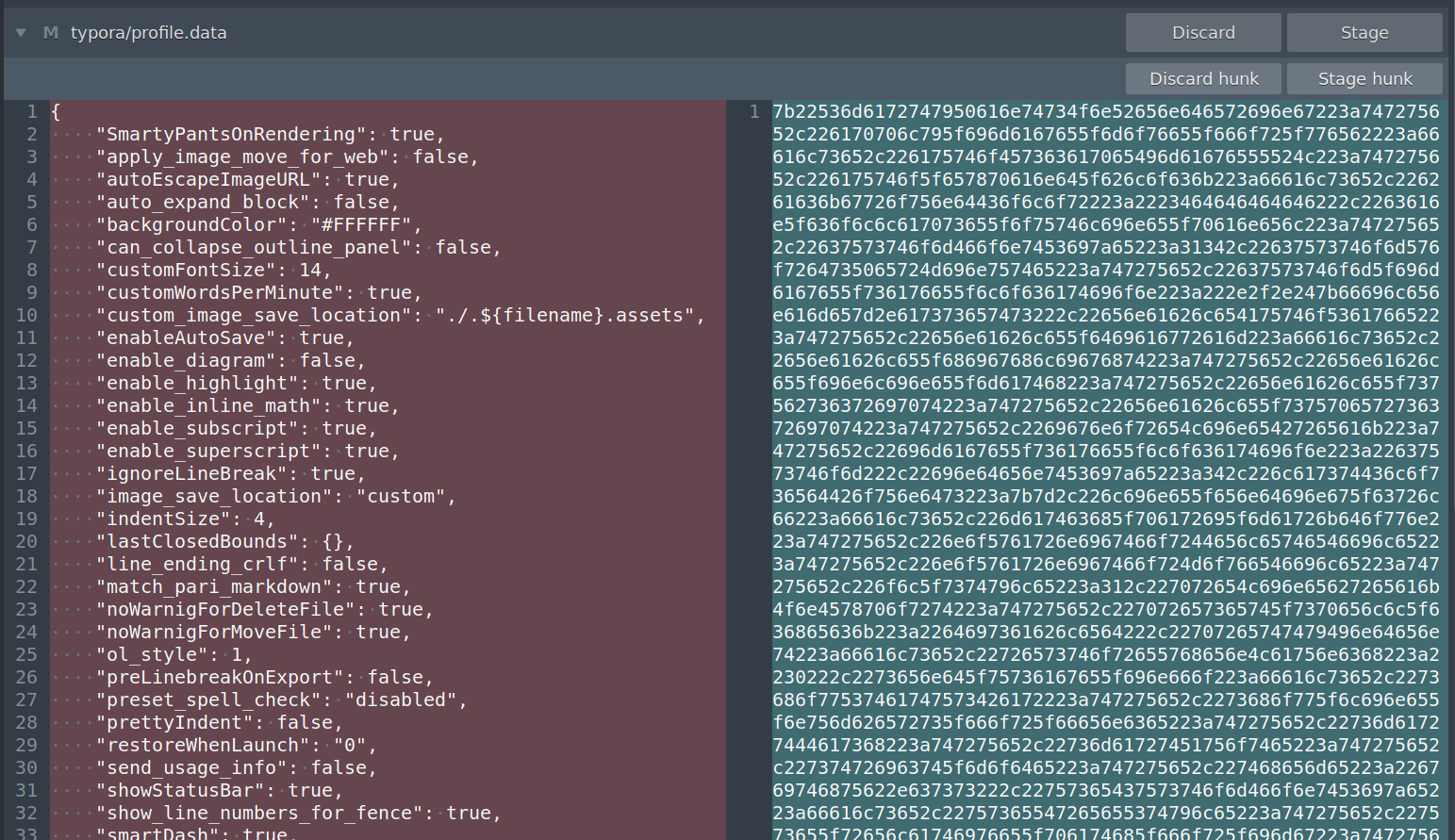 And here’s how it appears in git-cola (which lacks many things, but I have to keep using it alongside SM simply because it implements Git filters):

<removed> due to new user limits

Once the file is staged (whether in SM2 or otherwise), I can see the following in SM2, but obviously this doesn’t help when reviewing changes for staging:

<removed> due to new user limits

Is this a bug I should report, or am I expecting too much?

Here’s the git-cola screenshot referenced above: 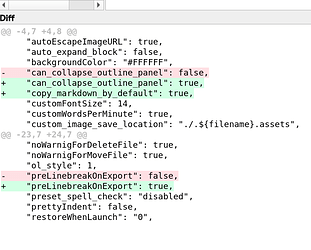 And finally, the SM2 screenshot after staging:

A bug report for this would be good: https://github.com/sublimehq/sublime_merge/issues/new/choose

No worries. Sorry I didn’t reply sooner, but I wanted to test with a simpler .gitconfig before submitting a bug report. Link below.

Issue: "clean" filters not taking effect until changes are staged