Example showed as the following figure: 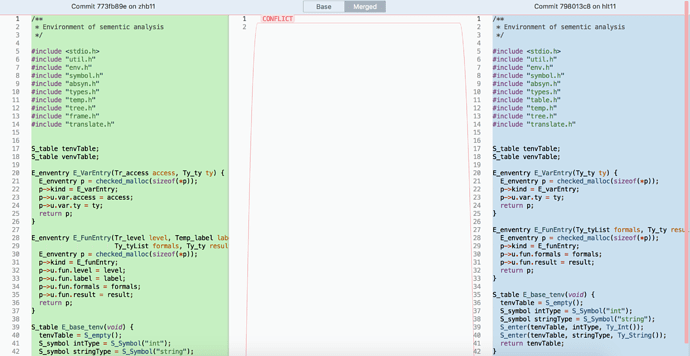 But, when I click the resolve button, Sublime Merge will recognize all the file is the conflict.

I’m pretty sure the file was added in both branches & since there is no baseline, Sublime Merge can’t put anything in the middle. Either that or what jfcherng said where the line ending differ between the two & the entire file is identified as a single conflict.

When resolving conflicts, I expect Sublime Merge to identify each line or hunk that changed on both sides and allow me to pick left or right. Instead, SM identified the whole file (< 400 LOC) as one conflict and only allowed me left or right choice on the entire file content. Is that normal?