[EDIT]: I didn’t realize each PR is submitted under a new branch. I switched to the correct branch and it works properly.

I’m trying to test out a PR I found on github/sublimqhq to rewrite Haskell’s syntax, and I just wanted to make sure I’m doing it properly.

To test it, I tried the following:

However, I still see syntax errors in some of my local projects. For example, the code highlighted with red below, with nvim treesitter highlighting for comparison: 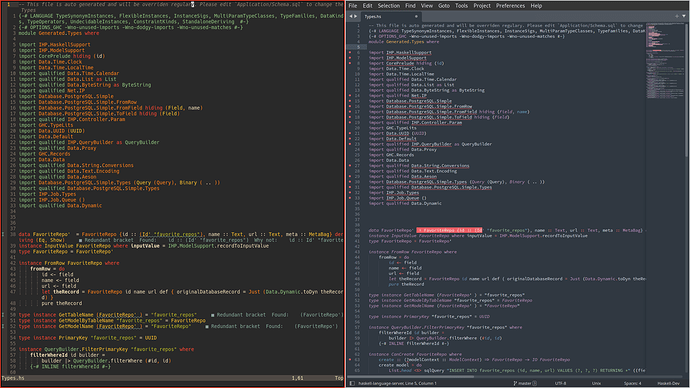 Also, when I test other changes that the PR has commits to address, the source is still appearing as incorrectly highighted.

Can anyone see anything I’m doing wrong?