I wish I could conveniently edit remote files with Sublime Text, similarly to the remote feature of VS Code. I think being able to edit remote files is really important for a modern text editor. Internet is pretty much everywhere nowadays and this allows to use heavyweight, powerful machines from a lightweight laptop while commuting for instance. On Linux, the lack of this “feature” isn’t a problem because it’s possible to basically achieve this thanks to the FUSE abstraction layer. However, on macOS… it’s a whole different story. macFUSE/osxfuse is essentially dead because of the recent restrictions regarding kernel extensions and while the Finder app allows to mount some filesystems like NFS and SMB, these have annoying drawbacks and are relatively complicated to setup. So, basically it’s impractical to implement remote editing on the filesystem layer so it has to be implemented in the application.

I think (I could be totally wrong though) the best way to implement this should be with the plugin API. I mean, what about adding an abstraction layer like SQLite’s VFS to the Python plugin API? Something that allows to use custom implementations of system calls like open(2), read(2) and write(2) you know. This way, we could both plug Sublime Text to standards remote filesystems but also provide something à la VS Code, easy to setup and with the ability to control the editor from the remote. I have no idea of how hard it is to implement that and how busy Sublime Text developers are, but… what do you think?

(I’d like to thank the authors of Sublime Text for what they have achieved so far, it just beats the hell out of the competition. I bought a license a few months ago and I definitely do not regret it.) 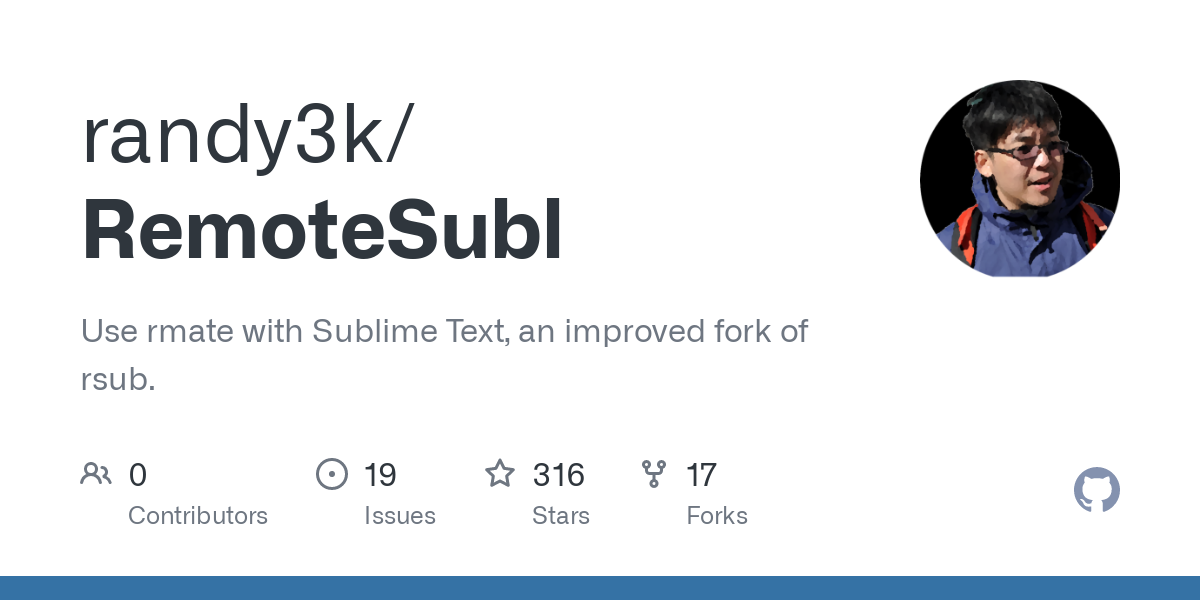 GitHub - randy3k/RemoteSubl: Use rmate with Sublime Text, an improved fork of...

This plugin is quite similar to the FTP/SFTP extensions that already exist in Sublime Text: it’s fine if you want to edit a few remote files occasionally, but it’s not great if you want to use Sublime Text entirely remotely, since super important features like the sidebar and “Goto Anything” just don’t access the remote.