One of the things I’ve never been too happy about Sublime was terminal management. So I’ve tried to overcome this limitation over the years by creating some custom plugins that’d spawn my favourite terminals / tasks, etc…

But to be honest this workflow has never been too optimal, problem being is at the end of the day these external terminals will live as detached windows on a different space than “sublime’s client area”. I know there are alternatives such as terminus which it’s a really cool project but when I tried this one in the past it was just too slow for my taste and it wouldn’t allow me to use my favourite terminals. On windows there are few ones such as the new shinny windows terminal, conemu, amongst others

Anyway, a feature that would be really cool would be sublime_text giving the ability to attach external processes to panels/views somehow, let me put you an example, consider this: 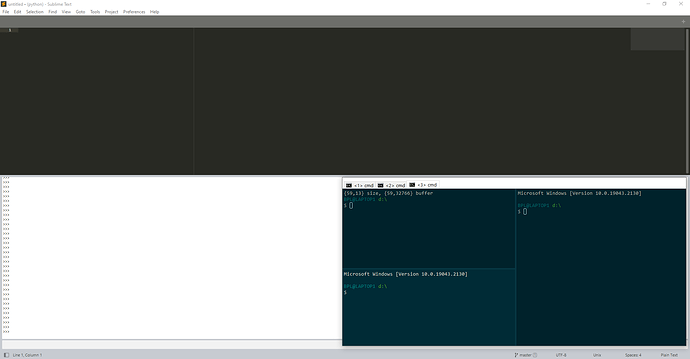 Right now my workaround is setting the terminal to “always stay on top” so i can easily work with sublime while having my shinny terminal in the client area but the problem being is that terminal is overlapping/cutting an existing panel… which it’s not good.

Some of my suggestions would be Sublime either:

As I said, the main reason is because the above workaround will cut and hide information from existing panels such as the “find in file”, ie: 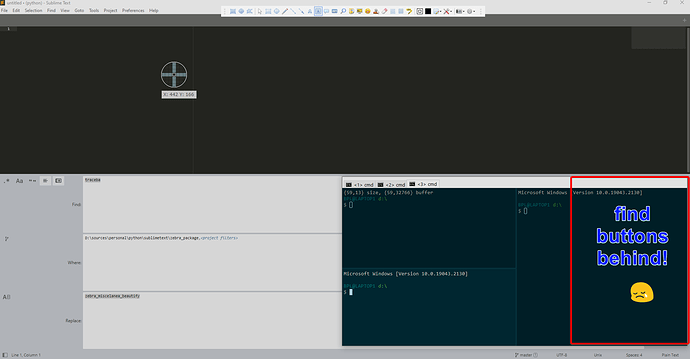 Odatnurd has a couple of video tutorials using some packages to get something close to your desired result.

He also has some snippets hosted on Github for the plugins, keybindings, etc…

My suggestion is more about SublimeHQ developers to add the ability to split panels (or manage them as tabs) in a way that you can attach external processes to it. That way you’ll get fully integrated terminals in Sublime running at native speed, so you don’t need to create any plugin such as terminus to establish any sort of process-communication, which it’s slow. 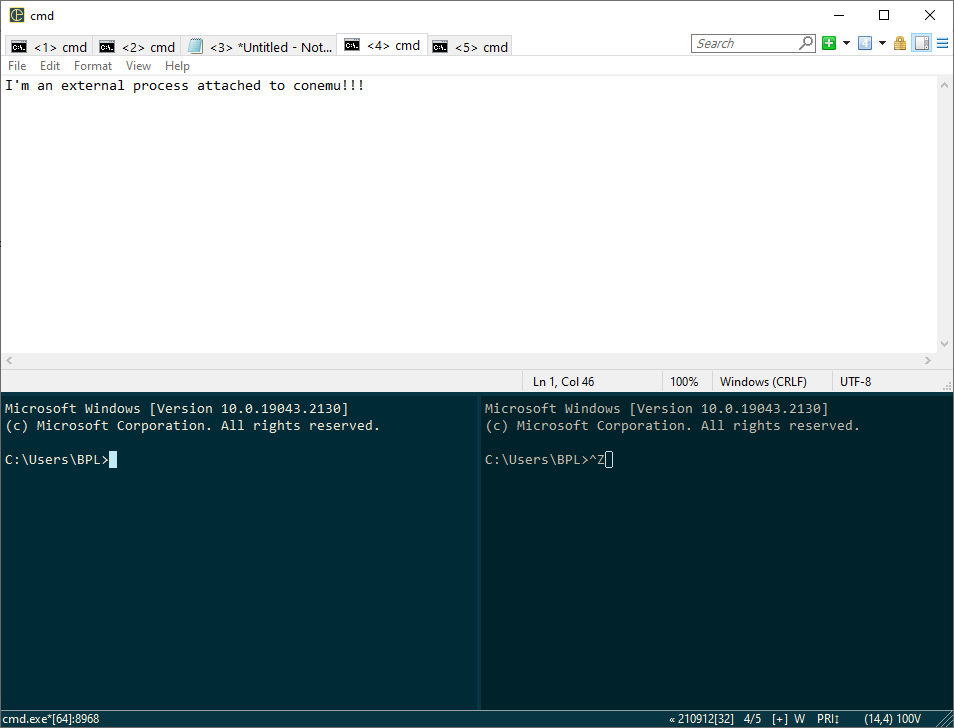 You can see how I’ve attached notepad process to the conemu terminal.

I mean… one possible workaround would be attaching SublimeText in conemu, like this 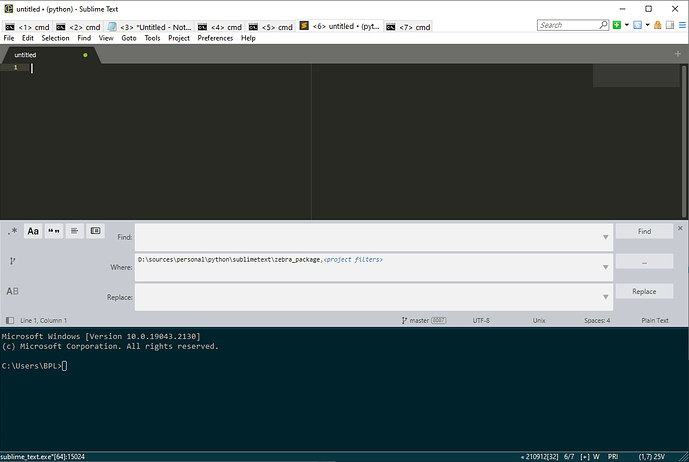 But this is kind of hack and it’s not exent of problems with event capturing… But anyway, the main point of this thread is asking for a proper full terminal integration in Sublime, that’d be pretty awesome.

Vscode’s terminal… are they using a similar approach to terminus?

Yup, VSC terminal approach is more like Terminus. Currently there is no native support for what you want. You will have to continue to rely on the hacks you have right now.

On a positive note, if Sublime HQ decides to make a new program for Sublime, it would likely be a Terminal.