Please, bring back global menu support on Linux (X11). I vaguely remember it was working some time in past, but has stopped at some point, at which I probably also quit using that applet and generally a top panel in KDE. It would’ve been nice if more apps were actually supporting it, because otherwise given the current state of desktop Linux ecosystem, the global menu is getting more and more useless waste of screen, while menus themselves aren’t going anywhere.

Interesting menu button. But somehow it does not shows up in the global menu applet (the one you can add to a KDE panel).

Forum won’t let me upload videos, so instead I’m posting it on YouTube (available though direct link only):

Now that I think about it, I used to have problems with open/close dialog which wasn’t showing up and it turned out that my system was lacking xdg-desktop-portal package. Maybe I miss some integration glue packages here too?

OK, so it wasn’t very obvious, and in fact you have to specifically know what you are looking for to get it, but oh well…

plasma-workspace package optionally depends on appmenu-gtk-module which wasn’t installed. Once installed and rebooted (in fact, just restarting the apps is enough), the global menu applet works.

On the other hand, now I see what people have been talking about: some menu entries are blank, and some won’t show their submenus. So, it’s a bloody buggy hell for users 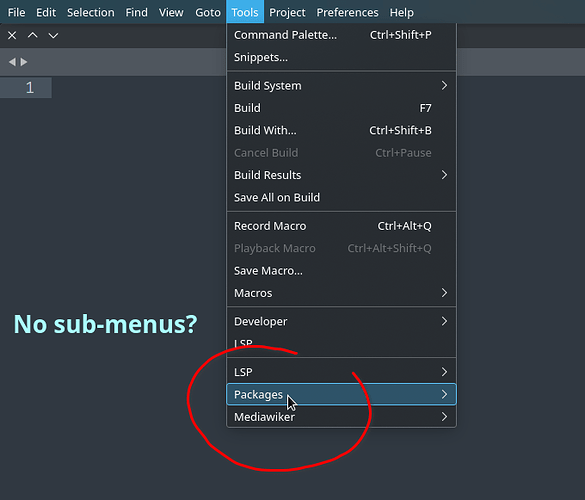 Screenshot_20220124_171705.png680×581 90.8 KB
^ LSP, Packages and Mediawikier did show up after some time, but I’m not sure what triggered the loading. At first much more menus were blank, but they slowly populate themselves 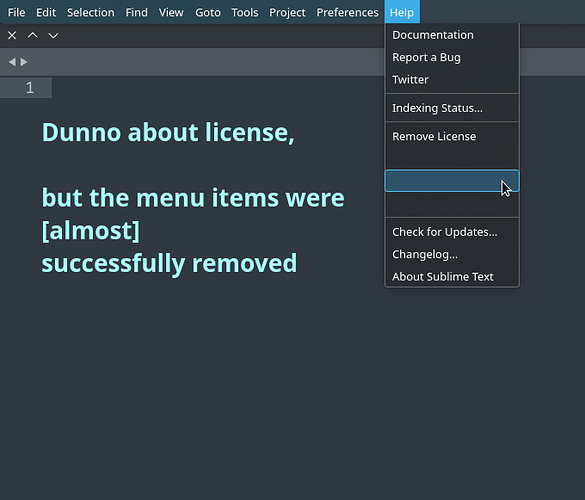 Here to confirm that the global menu for sublime text is still not working in plasma kde, i use arch linux and installed all the packages that may be needed, all of my gtk and qt apps have the global menu working correctly except for sublime. contrary to @ratijas the menu doesn’t even show up in my system.

Either GTK framework or Plasma applet seems to be buggy. Sometimes menu won’t appear immediately, so I have to switch to another app which also exports D-Bus enabled menu, and then switch back to Sublime Text/Merge, at which point it works until app quits.

sadly in my system the menu doesn’t show at all even if i try switching and returning back, i’m using sublime text 4 with the latest version, i have installed appmenu-gtk-module and other dbusmenu packages with no luck.